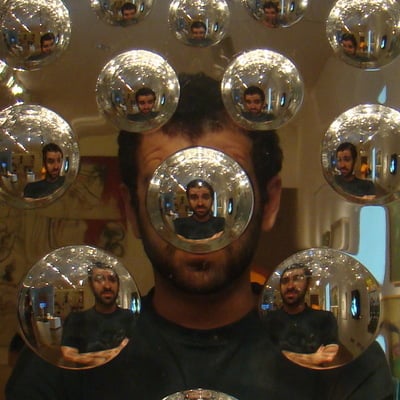 Master in information systems from University of São Paulo (2015), graduated in computer engineering from the same university (2012). Interested in multiple areas such as free software, participation, privacy, security and cooperative games. In search of ways to put technology at the service of a more just and humane society.

Usually acts as a developer or researcher. Experience with the whole process of developing web platforms: design, construction and hosting, in an agile and participative way.

See below the projects developed, which include areas such as: scrapping, data visualization, publication and use of open government data, micro services architecture, game development and process automation (including interaction with sites), acting both in backend and frontend development, with the use of libre technologies.

Cuidando do Meu Bairro (Caring for my neighborhood)

Platform that maps part of the expenses of the city of São Paulo, besides allowing freedom of information requests about them. Participation as architect and developer of the platform and instructor at workshops about it.

Platform for the publication of the Official Gazette of the city of São Paulo in an open format. Participation as designer, developer and researcher of the platform throughout the master's degree.

Web browser game about the rights and legislations of Brazilian women.

Website for the Arns Commission for Human Rights Defense

Research of the Promise Tracker platform

Platform that allows people to create campaigns of data collection, aiming at citizen engagement and improvement of public services. Participation accompanying the use of the tool for campaigns to monitor school lunches in public schools in Pará

Participation in the Program for Open Government Culture, of the city of São Paulo, performing 24 workshops in the most diverse regions of the city. The workshop was about public budget, access to information, transparency and free technologies.

Sporadic contributions to the Parliamentary Radar project, which makes data visualizations of the Brazilian legislative. Contributions to gender views in parliament and ballot votes.

Development of an automated budget data extractor from the SigaBrasil platform of the Brazilian federal government. The data are used by INESC's Budget to Its Reach platform.

Presentation on the Qubes operating system, aimed at the security of personal computers. The presentation was held in CryptoRave 2017.

Cooperative game where all players command the same avatar.

An extractor of Official Gazettes. It downloads some Brazilian Official Gazettes directly from government websites. It can also search for keywords, allowing you to monitor if any subject of interest, such as a law, appeared in one of them.

Data visualization of payments made by the Secretary of Social Communication of the Presidency of the Republic (Secom).

Simple HTML5 app to take notes about expenses. They get saved only in browser (not at a server) using IndexedDB. Service Workers are used to allow app access even offline. Click/touch twice on a saved note to delete it.

Draws a diagram described in an Etherpad using the PlantUML language, allowing the collaborative construction of diagrams.

Maps latitudes and longitudes described in an Etherpad, functioning as a rather rustic collaborative mapping constructor. Allows you to export the map to GPX format.

Program to compose and play simple songs. It allows you to capture sounds from a microphone and try to tell you the note and scale of the sound. It is useful for when you can whistle the melody of the song, but you do not know which notes make it up.

In this simple game you are the fearsome Mapinguari, a mythical creature from the Amazon rain forest, and must scare some villains out of the forest.

An experimental game where you should be guided by sounds.

This a kind of 2.5D game engine for browsers using Blender to model the map, LuxRender to render the images and Phaser to display them.

Clipboard manager (copy & paste) for those who like the terminal.

A FPS (first person shooter) more or less educational. Used in a computer graphics work in college and presented at the 75 year old USP event.

Designed to automate the production of certificates of a course and send them by e-mail. It basically generates certificates based on a Latex template and data in a file.

Script used to monitor bandwidth use, specially designed for a router using OpenWRT.